I had so much fun back in Utila and this post doesn’t even begin to do it justice. By all rights it should be 3 times as long but so much of what happens on Utila is xrated and not for this blog!

My route back to Utila took me Via Miami. The lovely Kiki met me here and put me up for the night, taking me out and showing me an American good time, Beer, Wings and Bowling. It was lovely catching up and meeting her boyfriend Jordan who I had heard so much about.

Coming back to Utila was amazing, I hadn’t been off the ferry for more than a few minutes before bumping into people I knew!

I dropped my bag at my friend’s place (which would soon be mine) and made my way to UDC to catch up with everyone. It was so nice to be back after a month. Everyone seemed so pleased to see me!

I bumped into B and before I knew it I was teaching a course, not 3 hours after getting off the ferry. I was teaching the IDC group their O2 provider. It was great getting to teach, this was why I had come back! 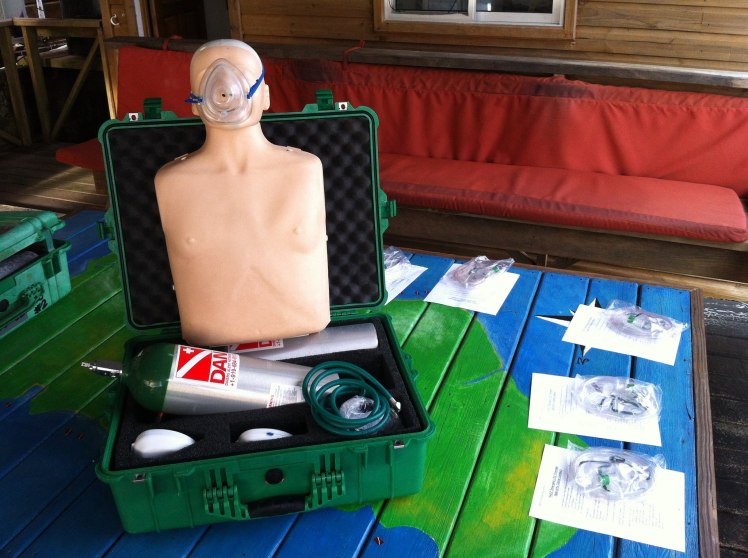 The IDC group would all be joining me for MSDT, so it was nice to get to know those I hadn’t met yet. One of the group Mathieu, had been my first ever lead as a divemaster, so it was quite fitting that he became my first ever certification. Or as I keep reminding him, my bitch!

Many of my group of friends had left while I was away, but not all and it was great to catch up with Hope, Scott, Jonny and Jules.

I had time to kill before starting my course and this was spent having a lot of boozy catch ups, especially as two of my friends Milly and Jules were leaving soon.

I managed to join on with a rescue course my friend Josue was doing and he let me teach part of it. Each student was staying to do divemaster so it was good fun to get to know them while making their life hell.

I had decided to do 7 specialties for MSDT, so it was quite an intense week-long course. Lots of theory and studying.

I had decided to do, Equipment, Deep, Wreck, Sidemount, Nitrox, Gas Blender and IAHD.

These courses would allow me to teach each of these specialties.

They were great fun, Watching Mathieu get narked at 40m, dropping my reel when wreck diving on Nitrox, disassembling and reassembling equipment. It was very intense and full on.

I had 2 exams in the week on both Nitrox and Gas Blender and somehow, I managed to pass them.

I found a new love doing my Sidemount course. Sidemount diving involves taking down 2 tanks instead of 1, each tank is attached to your side rather than the back. It was like diving for the first time again, but it was so much fun, so much more comfortable. I had discovered a new hobby within a hobby.

Speaking of hobbies, I also discovered another while I was away. A love of hunting Lionfish! These venomous fish, native to Asia, are intrusive in the Caribbean.

The have no predators and breed like rabbits, like locusts they eat and eat. They need to be removed to protect the reef. The best way to do this is divers with a spear. Fortunately, they make for great eating so there is no waste. Its also great fun trying to find them.

I must admit I’ve taken to doing both these new hobbies at once, although it does make for a very bulky dive!

After the weeks specialties course, it was time for my internship, getting to teach courses to real students. I had 5 to do and my first came soon after the end of the specialties week.

A 2-day advanced open water with my good friend T. T was very kind and let me run a lot of the course and was able to give me very valuable feedback on my performance.

Halloween bought a great night out. I had dressed up as a mermaid a few days before as part of a different dive shops celebrations, so I had no plans to dress up again. This changed after a few drinks with Milly. Before I knew it, we were ripping up bed sheets and using lipstick to make blood. We were surgeons. Despite Millys claims we were something else!!! 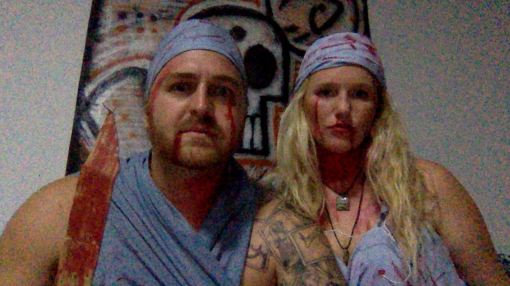 By this point I had done my second course. Another advanced open water course. This time with Duncan, who let me run the whole course! It went great!

My 3rd course was an open water course with my friend Josue. He let me run a lot of the course and it was so much fun working with such a good friend! We had such a fun time!

There were lots of BBQs and a lot of night out and I made some great new friends as well as reconnecting with a friend I had met in the Phillapines Balthazar.

These friends introduced me to a new card game called Tarot and many an evening as spent playing this with some beers.

Not long after Halloween I met Sara. An amazing girl from the UK who I got on with like a house on fire. Unfortunately, she was leaving in a week to go to Roatan, the neighbouring island. We spent most of the week together and it was shitty watching her leave.

I did my first Rescue diver course with Marc and again had a great time. This was my favourite course to do as its so interactive, and thanks to some wonderful work by the divemaster’s we made life hell for the poor students.

Unfortunately, I didn’t get the paid work I had been hoping for, I got quite upset at this and needed to escape the island for a bit. what better place to escape too than Roatan, to see Sara. We spent an amazing week together.

We rented a car and explored the island, went diving and spent the whole week getting to know one another better. We shared so little in common but got on so very well.

While on Roatan Honduras held its elections. These elections were fraught with accusations of corruption and fraud and the results were delayed for weeks. During this time the country rioted.

While the riots never reached the islands, the curfew did, and we had some great fun day drinking while expecting to be send to bed at 6.

That week away was what I needed to recharge my battery. Sara came back to Utila for a visit with me and we spent a lot more time together, but after a few days it was time to say goodbye again. She was headed back to Roatan.

Mainland riots were still going on and the island went into a slight panic as supplies started to run out. People bulk buying food and water. We also noticed a big downturn in tourism as people were getting scared off from visiting the island.

2 weeks went by and Sara and I spoke every day. Planning what to do over Christmas. I did my final course, another advanced open water with Tom which was great.

I had finished my courses. I was done. My visa was also needing a renewal. The riots meant that the country had cancelled visa extensions, so I had not choice but to leave the country.

Sara and I arranged to bother head back home for Christmas/doing a visa run. We found some cheap flights and off we went.

Thus, began the longest 3 days of my life. The roads on the mainland were all closed so we had to charter a small plane to get to San Pedro Sula airport. 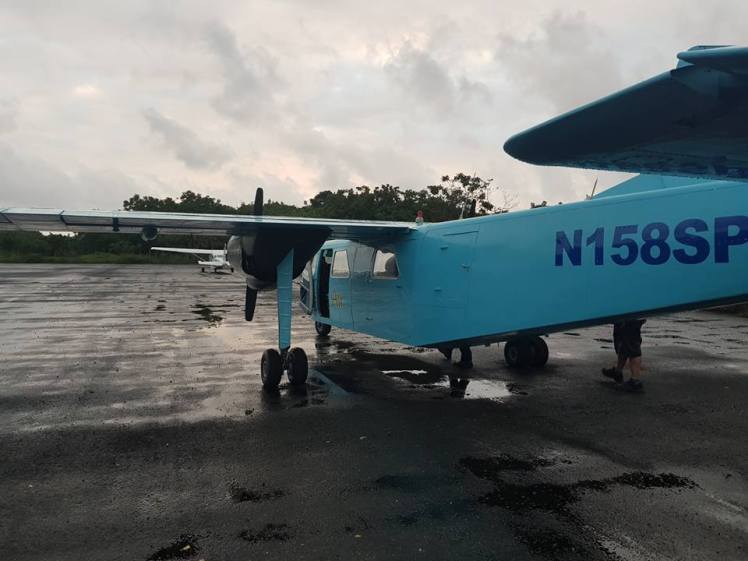 On arrival at San Pedro we were informed our flight had been cancelled and we couldn’t leave the airport due to the riots.

A long conversation with AA followed and we got ourselves on a flight the next day, only to find out later in the day that too had been cancelled.

Another phone call followed, and we got another flight.

We made a bed out of our bags and spent the night in the airport.

The following day we found out the flight had again been cancelled. We begged and begged and wrangled ourselves onto a flight later that day to Mexico. We had been in the airport for 29 hours.

We escaped Honduras and had a 12-hour layover in Mexico. Another long flight followed, and we were home. 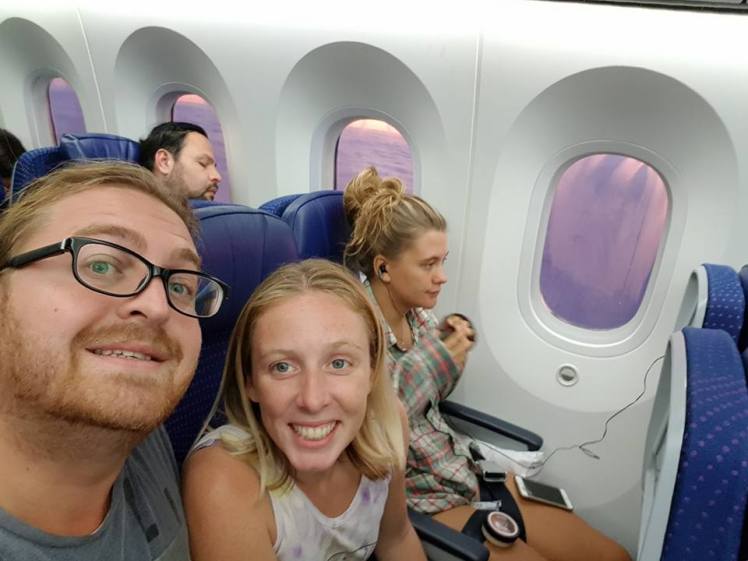 We parted at the airport and I boarded a train to Derby.

Mum had no idea I was coming home so had the surprise of her life as she answered the door at 10pm. 70 hours after I had set off! 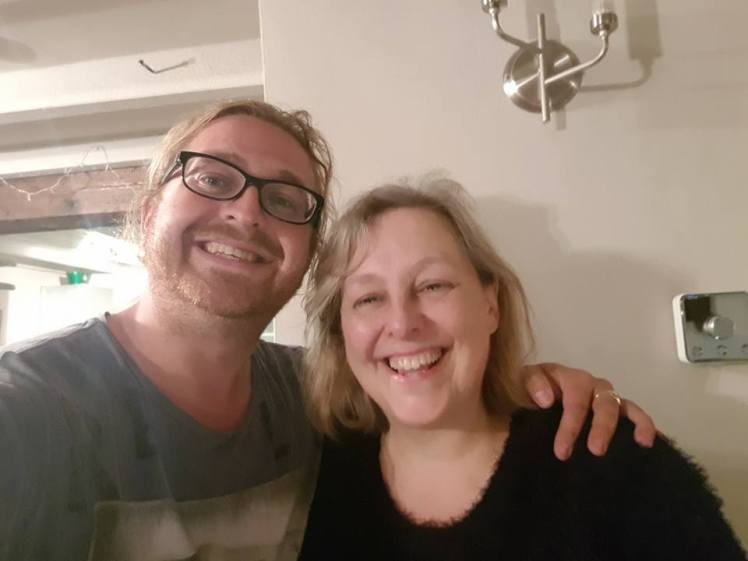 It was amazing surprising mum like that and the perfect Christmas present.

This was my first Christmas home in 4 years and it couldn’t have gone better. Mum, Tom, Beth and I together for the first time in over a year. We had a lovely few days. 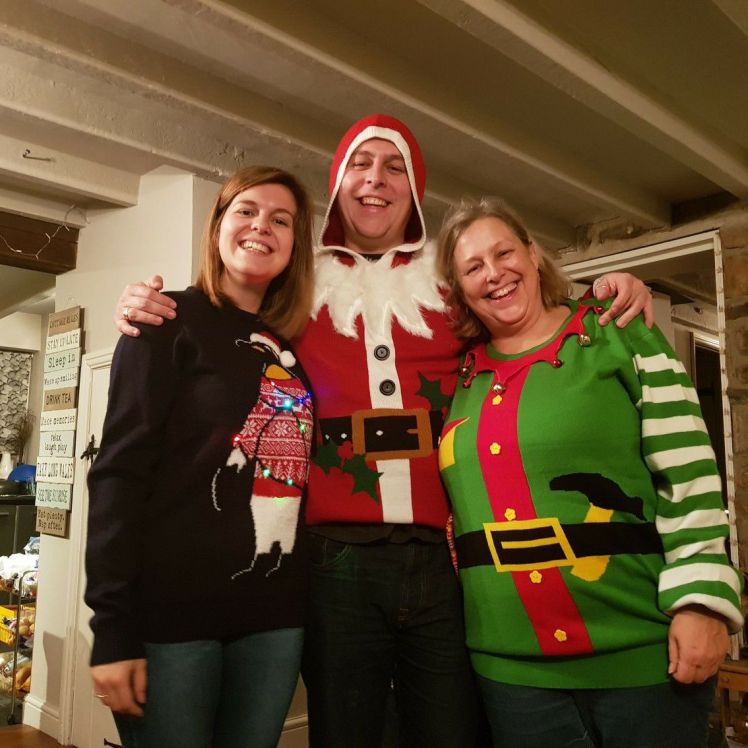 New Year was spent at Dads, Sara, who finally caved and agreed to be my girlfriend, joining in for the drinking and fun.

As my new girlfriend she of course had to meet mum, so Sara came and joined us up north for a few days, meeting mum and her dog. As tradition dictates she had to join us for escape rooms! 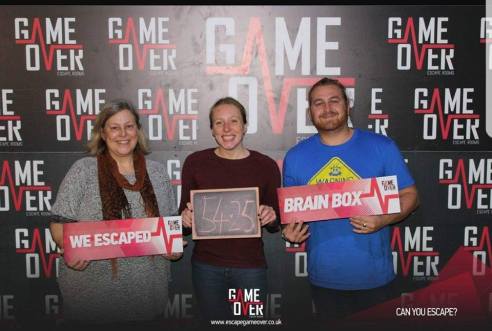 Finally, it was time to head back to Utila, we had only planned to stay for a week, but after the effort it took to get home we extended by a further 2 weeks.

Back to Utila and back to trying to find work. This time however, I wasn’t alone!!!